Fuelled by a banana

And boy does it feel like there's a weight off my mind.

I'm going to do a separate post recapping the event but there's a bit more detail below.

This week was set to be a good one as it way my boyfriend's birthday. We had a lovely dinner with his family planned at the amazing Toto's restaurant in Kensington, and I'd organised a special day out on Saturday to celebrate properly. The reality was a lot of cancelled plans and a lot of time with me in bed in pain.

I managed to get myself out to the family dinner but spent most of the time trying not to pass out. I haven't had pain that bad for a long time, even walking was a challenge. I probably came across very rude to his family (and to the staff at the restaurant since I ate about 2 mouthfuls...). Things weren't too bad for the rest of the week until Saturday when I woke up feeling nauseous and with stomach pains. I managed to make it to my therapy appointment, though struggled not to throw up when talking about food, and then went to a coffee shop where I sat very still as any movement made me feel in pain. When I met up with my boyfriend we got as far as lunch before he took me home where I spent the rest of the day asleep in bed.

I felt so awful. I completely ruined his birthday...twice in a week! And the worst girlfriend ever award goes to...me...

I did make him a cake though (one that I couldn't even eat as it had wheat in it - sacrifice right there). One positive brownie point against a lot of minuses. So I've got a lot of making up to do.

By the time it got to race day I'd only eaten a banana, 2 slices of toast and some popcorn the day before. Not exactly fuelling! So I scoffed a banana a few hours before the race and got the adrenaline going. Thank god for adrenaline!

This would have been a particularly effective adrenaline stimulant.

But after a super cold start, and a shaky start, I did it :) 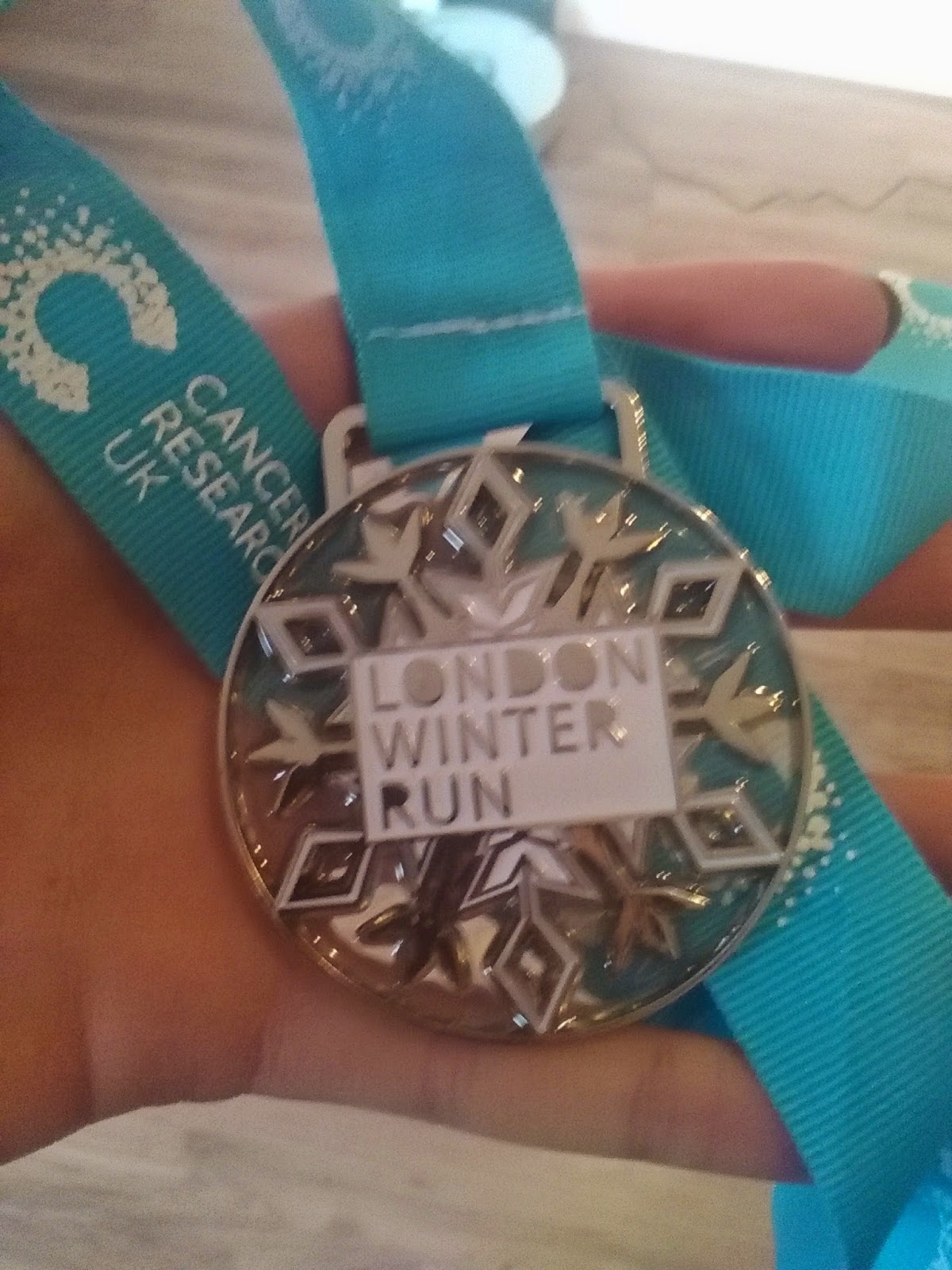 (Not the best photo...I may have accidentally temporarily broke my phone camera by smashing a perfume bottle over it. Lesson learned: never try and be fancy shmancy and take perfume with you to a race).

The rest of the Sunday was spent warming up on the sofa, eating carbs, and then going to support my boyfriend at an exhibition stand he'd organised for his work.

As you can imagine, food has been all over the place this week with stomach pains. A lot of plain foods such as popcorn. A lot of low fodmap foods such as eggs (so many eggs). And a few spoonfuls of the amazing food at Toto's - melanzane parmigiana followed by truffle risotto.

The more exciting meals included a quinoa stuffed pepper with pinenuts, spinach, mint and sundried tomotoes. With a side of THE BEST homemade gluten free bread and salad. 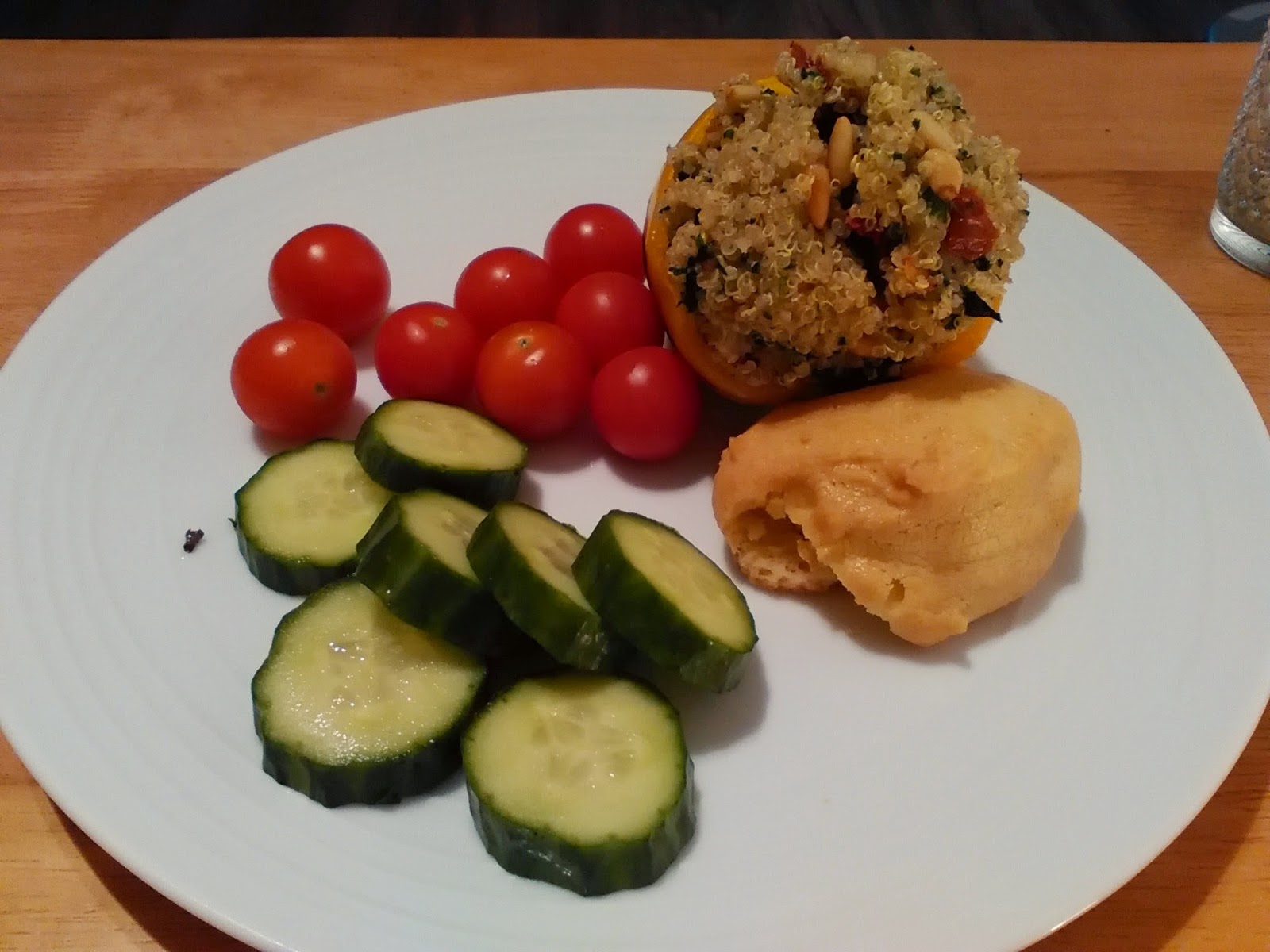 Banana, chia and nuts with the remaining peanut butter - best breakfast on the go! 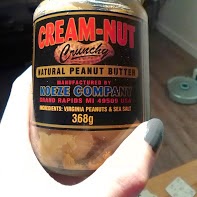 HAZELNUT BUTTER! Oh dear lord, where have you been all my life? Obvs with banana because you just can't beat that combo. Oh, and raw cacao. Raw cacao makes chocolate at breakfast acceptable. 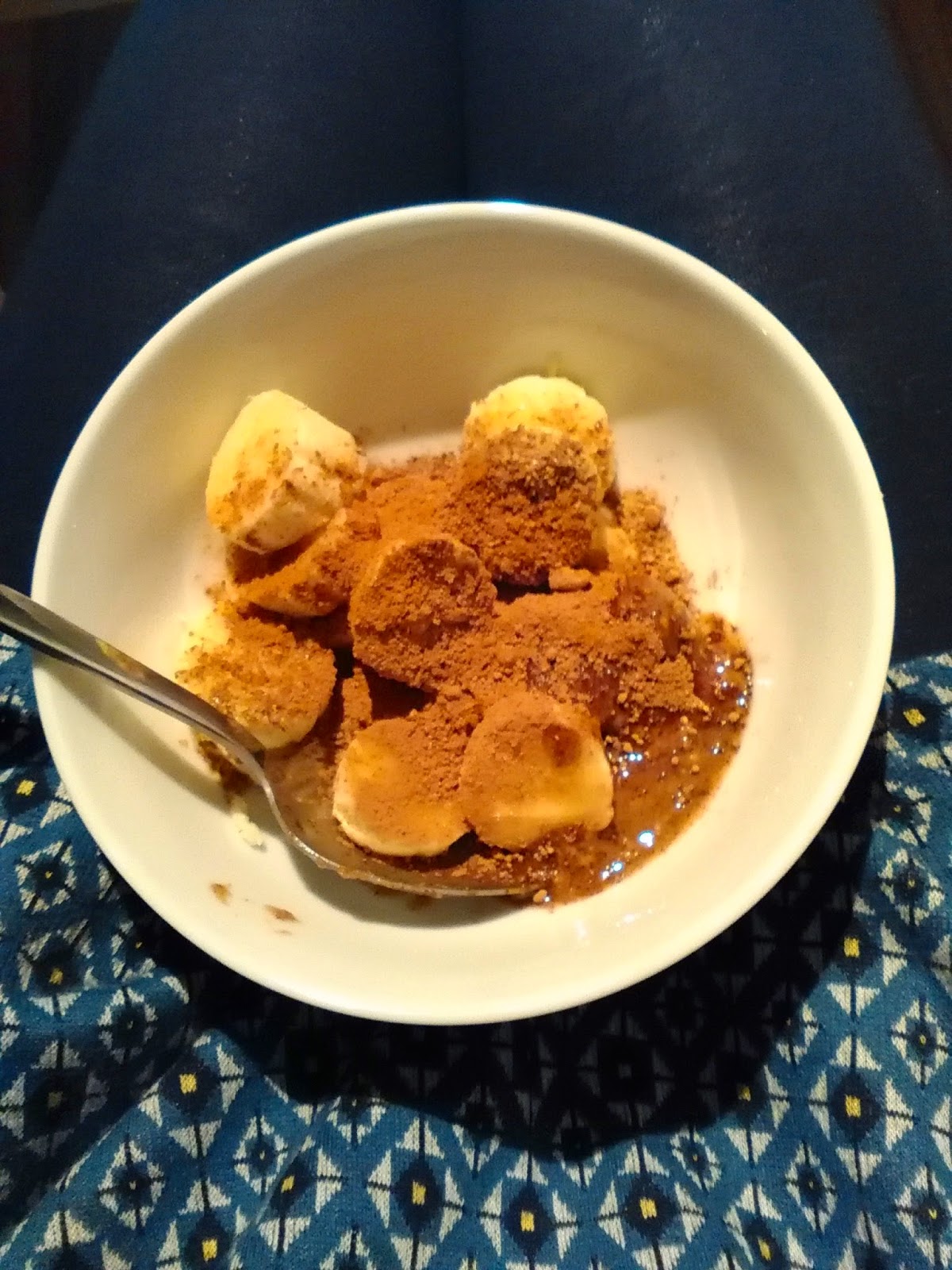 Most of my week was spent thinking "I hate my job" and "I hate my stomach". C'est la vie...it'll get better. Friday I'm probably heading back to the Dr. to see if they'll do any tests to rule out other nasties and confirm IBS. I imagine they'll send me away again empty handed, but I owe it to myself to try.

As for the job, I'm considering alternative careers. I wonder whether there's such a thing as professional duvet tester?


I've also been reflecting on my January goals. I'll be doing a run down of each goal in blog posts for the next few days, but I'm pretty proud of my achievements! I'll also be listing out my February goals to keep my accountable.

Have a great week everyone!

What did you do this weekend? What's your favourite nut butter?