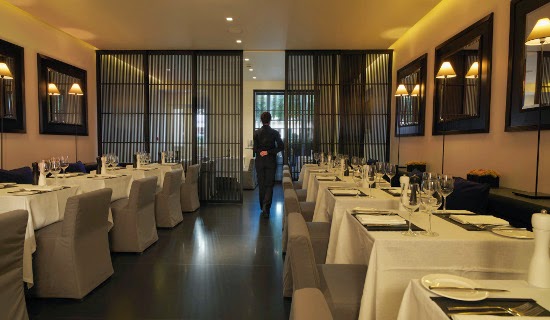 Saturday was mine and my boyfriend’s three year anniversary. It didn’t get off to the best start, when my boyfriend bit into his pain au chocolat that I’d lovingly bought him to find maggots dropping out. Way to say “I love you”.
However the culinary moments of the day definitely ended on a high when I found out he’d booked for us to go to RAW at La Suite West in Bayswater for dinner. He’s made some pretty big sacrifices for me in the past, but coming to a vegan/partly raw restaurant is definitely up amongst them – no nicely cooked steaks here (though there was at least Coca Cola...).
And holy cow this place was inspiring! 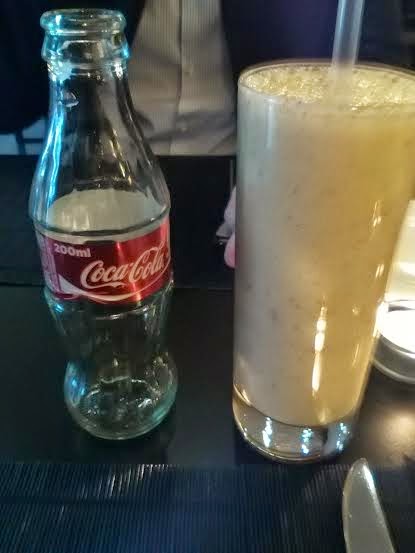 From the alcohol-free drinks list (including the RAW smoothie which is THE yummiest drink to ever have graced my lips) to the 50% raw menu, it really highlighted how vegan food (and getting your 5 a day) could not only be downright delicious, but also jaw-droppingly beautiful. 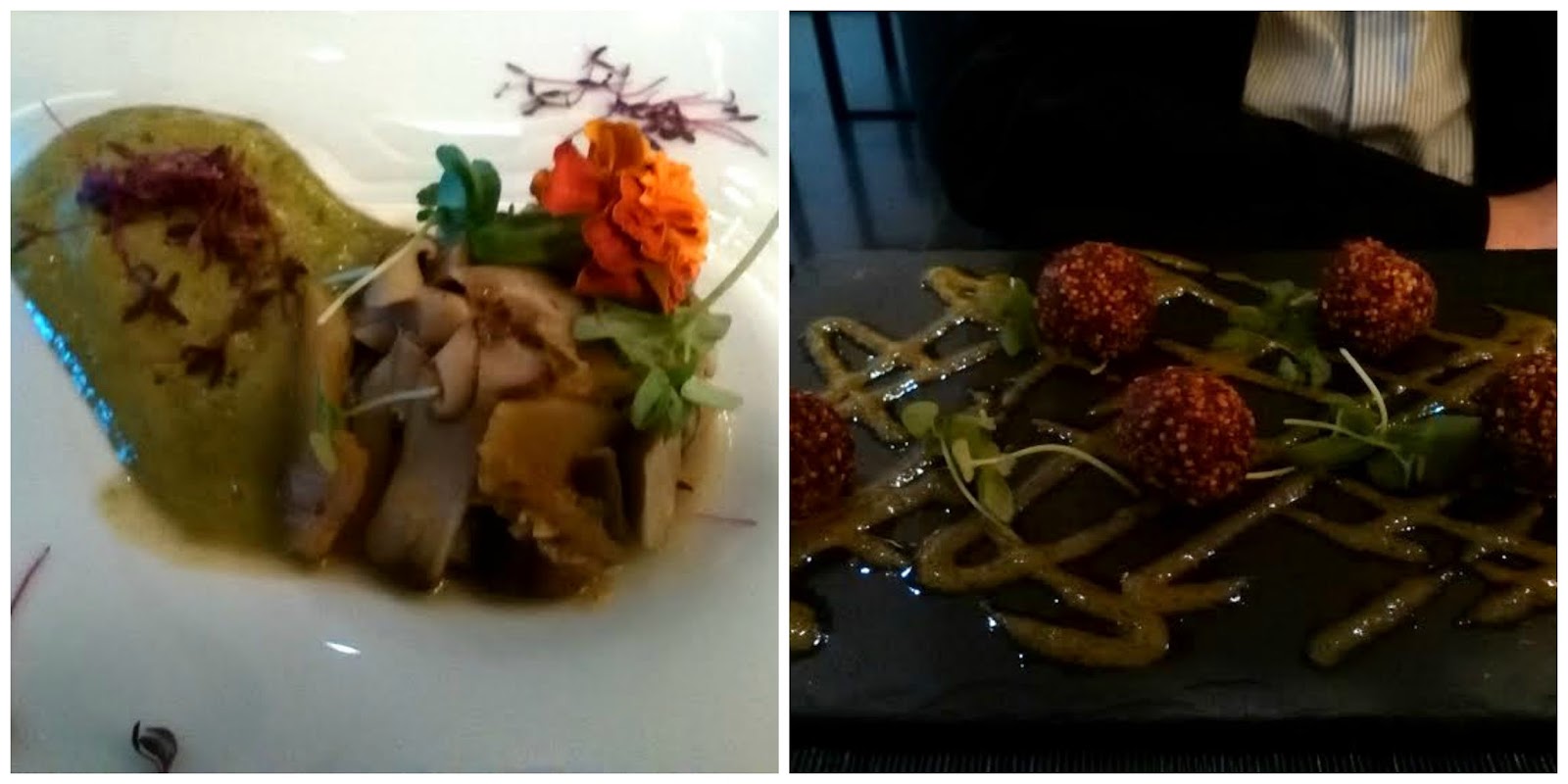 I had the pumpkin soufflé to start which looked so stunning that I could have forgotten about eating it and just stared at it all night. However, just for the record, it tasted just as good as it looked. The “soufflé” was made of layers of delicate pumpkin and mushroom and was served with a sesame-herb emulsion which was So. Good. My boyfriend had the beetroot falafels with a thai BBQ sauce. These were also ridiculously yummy. 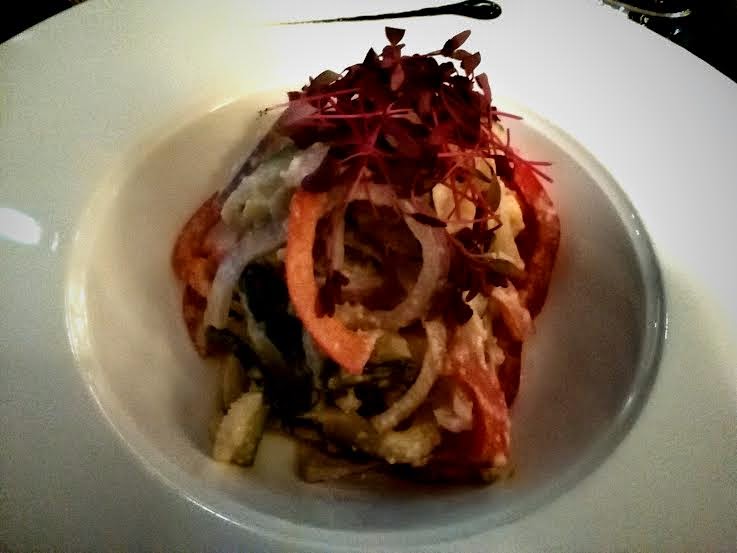 For main I had the raw zucchini tagliatelli almond and coconut pad-thai. I’m always a bit dubious about how satisfying I’ll find a small dish of raw vegetables, but this was both delicious and filling. What I would do for the recipe for the coconut sauce it was in! It’s not your traditional pad thai, but it was super good. The boyfriend had a mushroom and quinoa burger in a sweet potato bun. The burger was actually basically the same as the falafel (containing beetroot) so was obviously still good but I think he found it a bit repetitive, but the bread was amazing. 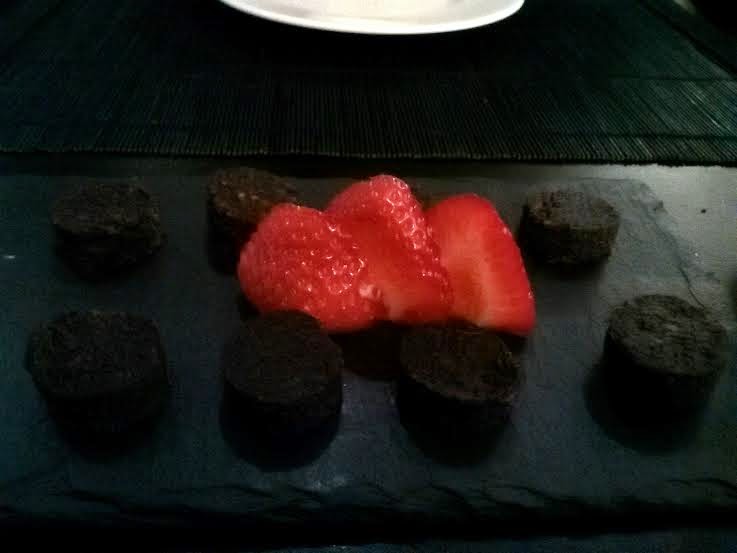 For dessert we shared the raw cacao and ginger cookies. These were good, but probably the only think I felt disappointed by (probably because the rest of the meal had been so insanely good) as they lacked a bit of flavour.
The service was excellent with it being attentive but not obtrusive. The atmosphere was quite subdued, with the restaurant being fairly quiet for a Saturday night. I quite liked it not being so busy but if you like a “buzz” you might have felt something was missing (though I recommend you go at least for the food!). Price-wise the main courses were pretty reasonable (about £12), and the drinks, whilst some were expensive (my smoothie was £6.50), were totally worth the price. The starters (£8-9) and the desserts (£6-8) were a bit more on the pricy side though.
So all in all, I loved this place! Not only was the food great, I left feeling I’d had a truly healthy eating out experience which was great. The restaurant also does an afternoon tea: I’m currently searching for any excuse to give it a go!
Posted by Eat Jog Glow at 07:00