Isn't it so nice to already be half way through our weeks?!

On last week's WIAW I talked about potassium in our diets, and mentioned how it worked together with sodium in a careful balance.

So this week I thought I'd talk a bit more about sodium!

Sodium, or salt, gets a bit of a bad reputation for causing high blood pressure through over consumption, which can lead on to a whole host of health problems such as heart disease and stroke. One third of adults in the UK are currently suffering from high blood pressure. It is estimated that people in the US consume double the amount of sodium they need, and people in the UK consume 43% more than we should.


So where do we get all this sodium from? Well 75% of sodium intake in the UK is estimated to come from processed foods, and another 10% is simply added to food at the dinner table.

Salt is a key ingredient in processed foods for a number of reasons: not only does it improve the shelf-life of food, but it can affect the flavour of the food and improve the colouring of food over time.

Processed foods can include anything from microwave meals, to canned soups, to even bread and cereals. All have hidden salt in that we can be unaware of.


However for those of us who are eating clean, unprocessed foods, not exceeding the recommended 2.4g of sodium a day (or 6g of salt, which is roughly a teaspoon) shouldn't be too much of a challenge.

We need sodium just like we need potassium. It helps with muscle contraction (and prevents cramping) and keeps important minerals such as calcium in the blood stream. Salt is an electrolyte which sends messages around our body, in this case to tell it how much water it needs, and regulating fluid levels is important for blood pressure. Salt is also important for digestive health. Not only does it help us produce saliva and taste food, but it also helps break down food through helping produce a digestive liquid which lines the stomach walls.

A sodium deficiency, often a result of incredibly high levels of sweating (think stranded in a desert) can lead to dangerously low blood pressure and shock.(Have you ever craved something salty after sweating?)

So by eating natural, unprocessed foods, we should be able to maintain a healthy sodium intake.

If you like to add salt to foods for flavour, try adding herbs and spices instead. Sea salt and himalayan salt are also meant to be healthier versions, however probably still have similar levels of sodium in.


So what have I eaten today?

I've still been struggling getting on back with my eating following the binges of the last few days. In fact today's been a hard day just generally. However I have made some sensible choices with my eating.

After my workout this morning I didn't have time for proper breakfast before heading off to the Dr's so I had a frozen tahini-dipped date. Love. They're so much better frozen! 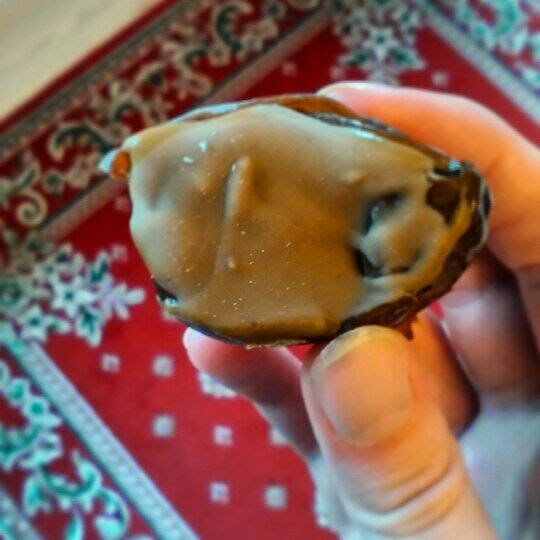 I also had some crisps that were lying around. It's that "quick, eat whilst noone's around" feeling. So over it.

When I got back from the Dr's I whipped up some homemade almond milk, and then made a cherry and banana green smoothie with extra spinach to bust this anaemia in the butt! 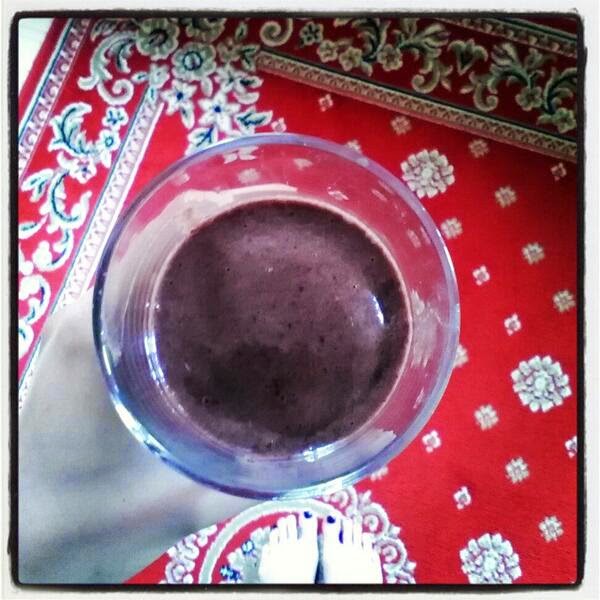 Was still feeling the binge emotions and so ate some muesli and cheese. And then panicked and hence nothing til dinner. Which was snacky and not nutritious. 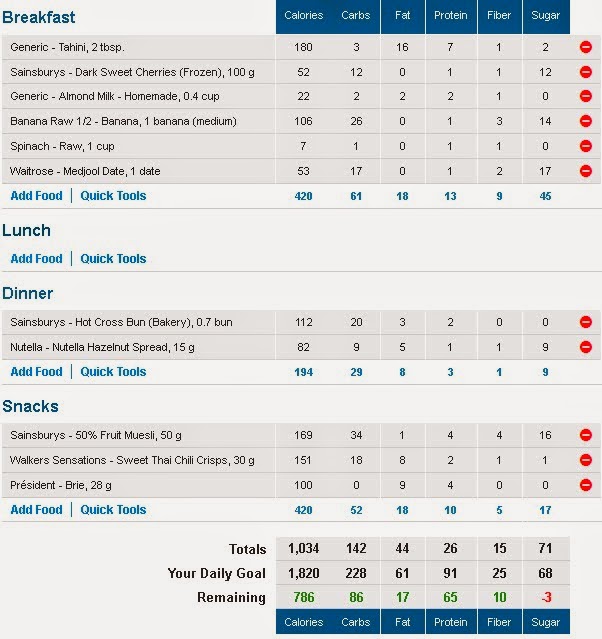 So not the healthiest of days. And not as much as I know I should have eaten. So frustrated with myself today!

As for sodium, the crisps would definitely have been high in sodium, as would have been the cheese, nutella and hot cross buns. Definitely need to move away from processed foods for the rest of the week to keep my sodium levels in check.

How have your Wednesdays been? What was your favourite eat of the day?