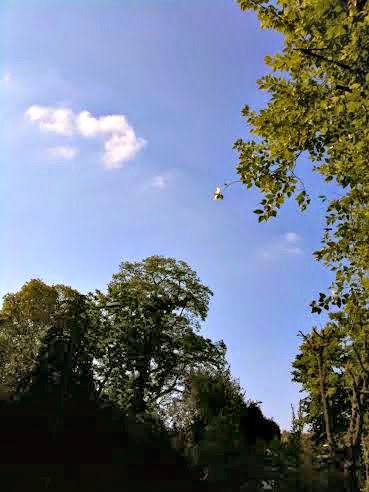 It makes such a difference to everything!

I've really enjoyed my weekend, though as usual it's gone too quickly.

My Saturday started off with a fab run along the Thames. I did a total of 5.88 miles, running for the first 3 and a bit miles, then doing walking-running intervals for the rest. I got out early enough that even though it was sunny it wasn't too warm, and it just felt lovely :)

After that I braved central London to try and finish off my garden party shopping. I caught the train to Waterloo station and then planned on having a leisurely walk up to Oxford Street. 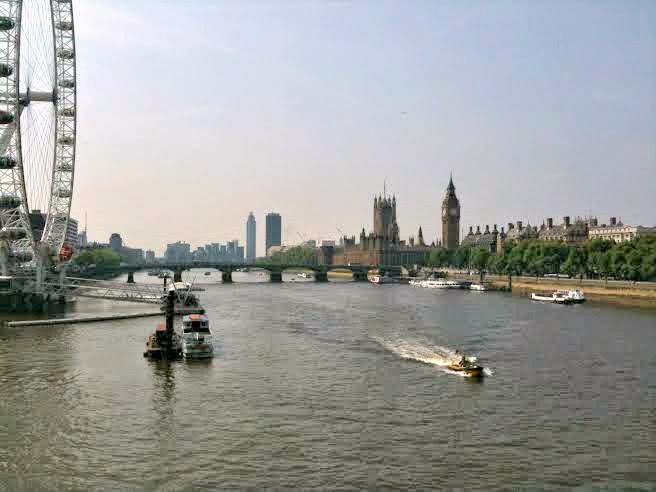 It would have been leisurely, except it was a bazillion degrees...and I got lost. I don't even know how that happened! I've walked there before, and had a map, and then all of a sudden I had no idea where I was! Where I happened to be was "a long way in the wrong direction". By the time I got to Oxford Street, realised I was at the wrong end of the street for the shop I needed, and walked to the right end I was already pretty shattered! Shopping turns out to be a good workout!

I successfully got the Monsoon dress I tried on last weekend. 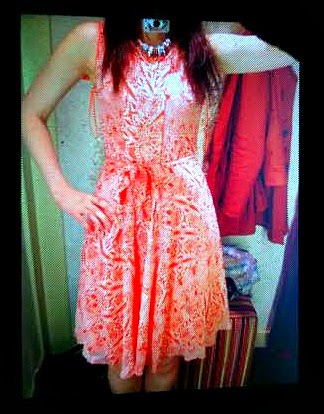 And after trying on every white jacket on Oxford Street I found one that looked ok from Zara so went with that (by that point I was very much done with shopping!). Just a hat and shoes to get now...

Stopped off at Pret for some lunch, finding the air con vent and sitting directly underneath it in an effort to cool down! That along with my superfood salad really sorted me out :)

There was one final stop at Whole Foods for some coconut water before I chilled out in Leicester Square waiting for my boyfriend to arrive (I'm hoping I got some serious girlfriend brownie points for not dragging him round with me!). After a quick Costa pitstop we went to go and see The Wind Rises at the cinema, which even I (who doesn't mind, but doesn't love, anime films) thought was pretty good.

Today has been spent in a much more leisurely fashion (which my legs have very much thanked me for!). I had a late get up, and then spent time mooching around Richmond, where we grabbed some lunch at Zizzi's (I had the Super Zucca salad) and had another Costa trip. 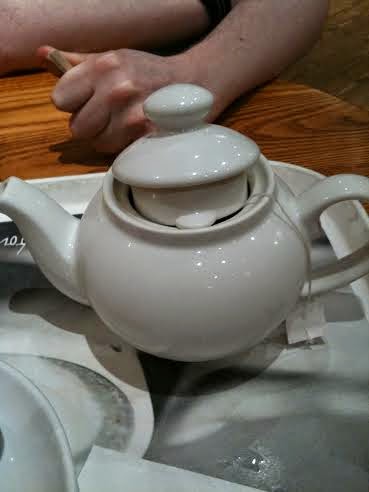 
I have to say the best thing I've eaten all week was this: 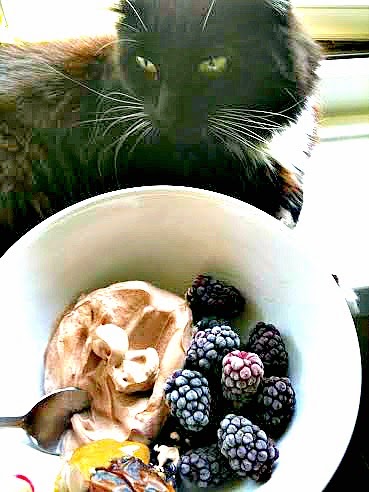 Minus the cat. Chocolate CoYo coconut yoghurt, frozen blackberries, and tahini-dipped medjool date. I've tried coconut yoghurt before and not been all that fussed, but this was amazing!

I've struggled a bit with my eating/thoughts this weekend. Yesterday I was so impressed myself because I purposefully ate loads knowing I'd been on a longer run and had been on my feet all day. And it was all really good, nutritious food, bar a quesadilla kit for dinner with my bf which had quite a lot of additives in (and I really noticed my tummy grumbling about afterwards!). But I was feeling incredibly low about my body image yesterday in particular, comparing myself to literally every other person who walked past, and being super aware of every millimetre of fat on my body. I had to constantly keep reminding myself that the important thing in life is to be healthy, and that every body's healthy looks different. Plus, it's that time of the month, and we all know what that does to our mindset! So, let's focus on ourselves, forget about everyone else's body, and enjoy life!

One final thing: my Ruled by the Scales post got a link on Laura's amazing Keeping Healthy Getting Stylish blog! I love the positive messages that Laura spreads through her blog and community work, so this meant such a lot - thanks Laura :)

What were the highlights of your weekend?